1.What did you do in 2013 that you’d never done before?
Signed on the effing dotted line. (Refer to previous post. Ahem.)
Also, travelled alone a lot for work. Moved in with a member of the opposite sex as the only roommate.

2. Did you keep your New Year’s resolutions, and will you make more for next year?
I did join yoga, and managed to do it on and off for the whole year. So I’ll give myself pass marks for last year’s resolutions.
Next year? Ah well. Who knows? I’m too tired, and it’s too cold to be productive and determined.

3. Did anyone close to you give birth?
Yes!

5. What countries did you visit?
None. But plans are afoot to remedy that soon. Places within India are a different matter, though. Here is the list: Kolkata, Benares, Bardhaman, Gobordanga, Indore, Bhopal, Jaipur, Dharamshala, McLeodgunj, Kasol, Jibhi, Trivandrum, Poovar, Munnar, Alleppey

6. What would you like to have in 2014 that you lacked in 2013?
Satisfaction from a job well done; Courage; Discipline

7. What date from 2013 will remain etched upon your memory?
5th December, for obvious and clichéd reasons

8. What was your biggest achievement of the year?
Not quitting my job; Navigating December without losing my mind; Finding an effing flat in this godforesaken city within my effing budget (LOOK AT HOW DOMESTIC I HAVE BECOME. I LIST HOUSEHUNTING AS ONE OF MY ACHIEVEMENTS).

9. What was your biggest failure?
Communication.

10. Did you suffer illness or injury?
Except for a painfully twisted knee and another severely twisted ankle while skipping around the Himalayas, nothing much else. (Fingers crossed. Dear God, don’t let me break all my limbs as soon as I finish typing this sentence.)

11. What was the best thing you bought?
The microwave, I guess? (FURTHER PROOF OF DOMESTICITY! I MIGHT AS WELL CALL MYSELF MARTHA STEWART NOW.)

12. Whose behaviour merited celebration?
Mine. (Is that weird to write down? Ah well.)

13. Whose behaviour made you appalled and depressed?
Let us not open the floodgates now, shall we?

14. Where did most of your money go?
Food. Books. Travelling. (The three pillars of my life.)

17. Compared to this time last year, are you:
a. Happier or sadder? Not happier, not sadder. Just pensiver. (Is that a word? That should be a word.)
b. Thinner or fatter? Thinner, I think.
c. Richer or poorer? Richer.

18. What do you wish you’d done more of?
Pausing and thinking and taking it all in.

19. What do you wish you’d done less of?
Seeking approval.

20. How will you be spending Christmas?
Christmas was spent with good friends and good food and good alcohol. So it’s all good. J I did fail to put up a small tree and some twinkly lights, but there is always a next time.

21. Who did you spend the most time on the phone with?
The two sets of parents, I think.

23. How many one night stands in this last year?
Seriously?

24. What was your favourite TV programme?
Legend of Korra; The Good Wife; True Detective; Top of the Lake; Doctor Who (Peter Capaldi!)

25. Do you hate anyone now that you didn’t hate this time last year?
Yes.

26. What was the best book(s) you read?
Wild - Cheryl Strayed;  Daytripper  - Gabriel Ba and Fabio Moon;  The Silkworm - Robert Galbraith

29. What did you want and not get?
Job satisfaction

30. What were your favourite films of this year?
Highway; Haider; Dedh Ishqiya; Guardians of the Galaxy

31. What did you do on your birthday, and how old were you?
26. Spent the morning recovering from wonderful night-before alcoholic shenanigans. Went to watch the godawful Gunday. Had incredible Malayali food for lunch. Evening was spent watching Doctor Who and devouring one whole large sundae. It was a good day. J

32. What one thing would have made your year immeasurably more satisfying?
Job satisfaction

33. How would you describe your personal fashion concept in 2013?
Make an effort once a month.

34. What kept you sane?
Books and friends, in that order.

35. Which celebrity/public figure did you fancy the most?
Benedict Cumberbatch; Neil Gaiman; Ranveer Singh

36. What political issue stirred you the most?
These elections with their incredibly depressing results, and all the hell that has been breaking loose since then.

40. Quote a song lyric that sums up your year?
I keep a close watch on this heart of mine/
I keep my eyes wide open all the time/
I keep the ends out for the tie that binds/
Because you're mine, I walk the line.
Posted by March Hare at 5:13 PM 3 comments: 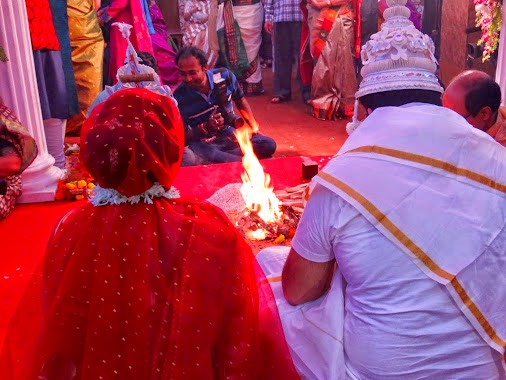 And I think I want this space back. Being away from this made me way more sad than I thought it would.

To be truthful, this post was a long time coming. And chances are, my remaining one (or maybe two?) readers knew this long before I did.

Thing is, this blog is dying. And there's nothing I can do to resurrect it.

I started this blog when I was still a wee thing in college, and when my idea of great writing involved lots of ellipses and strange words. The problem, however, is that I am not a wee thing any more...and frankly...adulthood has made me realize what *great* writing really is.

It's silly to make excuses for not blogging. Hundreds of people hold down three jobs and five kids, and still manage to write amazingly well. I, sadly enough, do not even find time to pack my lunch every day.

That's it then, I guess. I've moved out of cities, jobs, houses these past eight years. It's time I moved out of this space too.

I'm leaving this place up, though. I am a fickle-minded soul...and who knows, I might come back to this one day.

But for now, this is the way it ends. Not with a bang, or a whimper, but with some awkward words.
Posted by March Hare at 8:35 PM 9 comments:

On my ninth birthday (which, obviously, is a big deal since I am a big girl and soon to go on to high school) I demand, and get, a big party. School friends come over. And they bring books. And I'm not sure if I am more thrilled with the former or the latter. Near the end of the day, I curl up in a corner and read a shiny new Rebecca, and am surprised at the intensity with which I just want people to leave NOW so that I can finish it in peace.

My mama gets married the day I turn ten. And I am delirious with happiness. The bright lights. The happy, shiny people. The house full of excited words. The thrill of wearing a saree. The fish fries. Food and BIRTHDAY and people and laughter and glitter. I try to prolong the day by doing my best to not fall asleep that night - I am that high on people.

The next year, on the 15th of February, which is also my birthday, my dance teacher slaps me senseless and pinches me so hard on my hands and feet, that they bleed and turn blue. I am shocked. Mostly because she slapped me. But more because nothing horrible is supposed to happen to me on my BIRTHDAY. I go home and howl to my heart's content. Even the shiny new Enid Blyton refuses to console me. I feign stomach ache when it's time to go for my classes next week. The week after, I turn up...but the dread that has settled in my stomach refuses to go away. I quit bharatnatyam soon after. The dance form still makes my hand turn cold and clammy.
Posted by March Hare at 4:06 PM 9 comments: